Judging from the sales we’ve seen going down at apartment gallery openings to checklists full of red in established galleries, it could be said that even Chicago is feeling the art boom at least somewhat. Part of that boom is the practice of doing open studios at graduate programs. So if you are a gallerist, collector, curator of otherwise, get over to the School of the Art Institute Friday evening to tour the spaces.

WHERE IN THE ART WORLD IS CHICAGO? 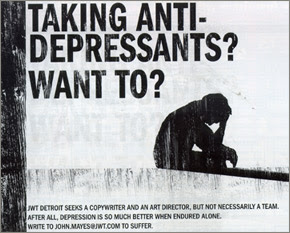 Speaking of the art boom and Chicago, is it not sad to see all these magazines waxing ad naseum about the insane buying frenzy the art world, mainly Chelsea, is in? More discouraging is being in Chicago, a city not doing bad, but not so rocked by pre-opening sellouts. “When is our time, dammit!” holler legions of disgruntled Chicagoans. But, as mentioned above, maybe things are shifting a little. A little more than three years ago I prematurely wrote a “signs of spring” article. The progress has been slow, but Chicago seems to be doing OK, despite draw backs like a lack of a physical, regularly released art periodical.

Bad At Sports has stepped in to guide yet another depressing, aggravating and discouraging panel on this subject. (Part of their Basecamp project at Threewalls) Whenever this issue comes up, it’s best to go the other way. Because this topic is the most sure fire way in order to stunt any growth enthusiasm of confidence building in the art scene here. “Second city syndrome” is a bitch, and one is almost guaranteed to be dragged down into a bog of hopelessness. But it is a topic you can’t ignore. I think the panelists are good, but sitting around and trying to figure out where Chicago fits in the art world is counterproductive. There are so many other interesting topics to focus on. Discussing art locally and beyond can be good, but to focus so head on seems like it will go nowhere. What will this discussion yield? What sort of answers will we get? What sort of questions are being asked? It may be worth stopping by, but it is something Art or Idiocy? is reluctant to engage in. Hopefully this stance is misplaced, and the panel will yield a hearty discussion.

Here is probably the best thing about second city syndrome ever said. It was directed towards how LA got to be what it is, but it is pretty much the final word on the subject:

What LA artists [gallerists and curators] did brilliantly was cultivate local collectors and not worry about the East Coast. In so many other cities, artists and collectors fail to connect because they're both too focused on New York as the only "real" art market.

Take that to heart, dear Chicago.

Those guys at Bad at Sports are so full of shit. Who do they think they are talking about art, the know nothing bastards. Fuck those guys, I hope they all get hit by a bus.

I think their program is great and all too necessary but it completely looses me when it gets into this 'why isn't Chicago great', and 'what is Chicago art?'.
If I have to hear Tony Fitzpatrick wax on about how to create an art mecca in Chicago one more time i'm gonna puke!

Great, no way, neccesary, are you kidding me! They are just schmucks. Who wants to hear all this Chicago BS anyway.

I went to the panel, it was nice enough, people actually said nice things about Chicago. The hosts did a lousy job of asking questions, but luckily they had interesting guests. Eric was smart, he didn't show up. Good move Eric, the lecture was everything you said and more.

But still, Bad at Sports is a menance and needs to be destroyed.

Lisa's comment IS perfect. I have quoted it repeatedly, particularly at www.sharkforum.org. But BAS has a far wider ineterst range than boosterism! Give em a break! Their mere existence is one of the things attracting attention to the "new" Chicago scene! I too feel more "look at yourself" is important, and yes even boosterism, let's work on that, but allow room for other analyses and even for critiques a la Wesley. I think Tony's got some GREAT ideas for concentrating on your own strengths, btw.

Man. I hate those BAS guys. Duncan is always drunk, Amamda is always late, and Richard is a complete asshole. They also can't spell for shit. Plus their super hot intern has to do all the work.

Fuck those guys.
Meg the intern

I don’t get why Bad at Sports thinks they are helping matters any. All they do is break down our carefully build walls, let god only knows who into the Chicago art scene. Make fun of our most dearly held beliefs & try to boil down the highly accurate multisyllable terms into the art equivalent of grunts and moans.

Art would boom in Chicago if everyone would just say nothing but the same booster message to the same tightly knit community. The republicans have it right, stay on message and we can win.

Are these people really so insecure that they can't accept any criticism?
I find that odd as they are so quick to dish it out a la drawing and photography hating.

We're not saying we don't like the podcast we're just annoyed with some of the content. It's OK to say so=critique.

I think that someone should replace those jerks! Down with Bad at Sports!!

Go out there and start a podcast, you can do a better job, show them what criticism is really like.

Anyone with more than three brain cells can do their own podcast. Buy a cheap-o Radio Shack mic, download some freebie editing software (Audacity is a good package) and viola!

The whole crew are as smart as a bag of hammers.

I agree with Richard --- bag the BAS-tards. And while you're at it, bomb those SHARKies who just bitch about that list of rules we memorize to succeed ---hell, that list cost most SAIC, UIC, et al., grads a FORTUNE which they will have to pay off for the next 20 years, or kiss daddy's ass forever cause he paid it. Those rules HAVE to stay in effect, or all that dough and fawning are worthless.
MSB

Do you think it was planned that SAIC open studios coincided with our city's art fair (SOFA)? To "cultivate local collectors," as the quote sayeth, seems to point to more than coincidences. And yet, it doesn't seem like SAIC grad studios are being pillaged the same way that NYC studios are. What, then, makes SAIC's MFA program #1, tied with Yale?

So who asserts that ranking and on what basis? I see no evidence other than self-proclamations. I suppose it gets back to the circular reasoning and self-fulfilling prophesy of the "close-knot circle" of whom Wesley often speaks, but as Rhona Hofmann points out in her BAS interview, Top o' the Pops children are more often than not rejected quickly. And with he statistics I quoted in my plug of Lisa Hunter's book at Sharkforum, --- within 10 years more than 99% on average of all MFAs have ceased making art at all --- I can see NO school, even "the school" as much of a success in terms of life and career. (And I teach in two art schools in Europe.)